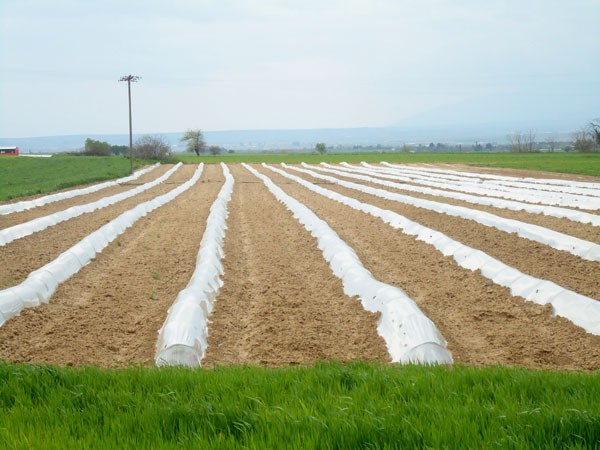 Low-tunnels is a plastic film for covering linear cultivations such as watermelon, melon, tomatoes etc. under low tunnels.

It is produced employing linear polyethylene LLDPE and it exhibits superb mechanical properties. Low-tunnels thermic is a plastic film for covering linear cultivations and it is used to achieve earliness or to protect the plants from frost.

During the day the covered space has lower temperature compared to transparent plastic films whereas during the night it has higher temperatures by approximately 2-4 oC. Hence it provides high protection during periods of frost and any shocking of the plants is avoided due to smaller temperature variations. Furthermore, it diffuses light protecting plants from the damaging effect of sunlight.

Low-tunnels thermic can be used in conjunction with black or tinned mulch films. When the ambient temperature is high, holes can be opened in order to refresh the air trapped in the tunnel and reducing the temperature under the plastic film, thus avoiding burning the plants.